Be Careful What You Flush!

Be Careful What You Flush!

Recently, The Denver Post released an article telling homeowners to be careful what they flush.

The reason this came about was because it a sewer main in Aurora became completely clogged with personal wipes and caused toilets to back up along the entire block.

Please read over the article below to learn about what happened and why. Be sure that if you are flushing wipes that they specifically read “Flushable,” or “Septic Safe.” Even then, our Master Plumbers would recommend throwing them in the trash over flushing. Wipes that are designed to break down can still create problems.

To read the original article in its entirety please click here.

DENVER AND THE WEST

Products that aren’t meant to go down the toilet are clogging pipes and sewer lines.

Frances Quintana on Thursday stands in a room that was flooded in Aurora. Bathroom and body wipes that are flushed down the toilet are clogging pipes, costing cities and homeowners millions of dollars for repairs. (Helen H. Richardson, The Denver Post)

AURORA — About three weeks ago, Frances Quintana’s downstairs tenant on Lima Street noticed water was backing up from his toilet. A plumber came, ran a snake and said the problem was fixed.

The next day, the tenant flushed the toilet and water came rushing up and wouldn’t stop. The basement flooded.

“I didn’t know what was going on,” Quintana said. “I went from house to house on our side of the block, and they were all having the same issues.”

When Aurora Water went to investigate, crews found something they haven’t dealt with in the past: body wipes clogging the sewer main, causing toilet backups on the entire block.

These wipes became tangled around a cleaning device that is used to cut roots when they build up inside a pipe.(Provided by city of Aurora)

Scenes like this are playing out across the country as a variety of wipes are becoming more popular. From baby wipes to wipes that are used to disinfect countertops — and now the newest trend, bathroom wipes used in lieu of toilet paper — people are flushing them at an increasing rate.

The trouble is, many of those wipes aren’t mean to be flushed, and it’s costing homeowners and government entities millions of dollars to fix clogged pipes and pumps because the wipes do not disintegrate like tissue paper and some bathroom wipes do.

Washington, D.C., spent $1 million last year for heavy-duty grinders to attack the wipes before they reach pumps, according to The Washington Post, because the city was having so many issues with the wipes causing clogs.

In Portland, Maine, a massive campaign was launched this year to inform the public about flushing wipes. Signs were placed on shelves at grocery stores near baby wipes, telling consumers they should not flush them. Grocery receipts also tell people not to flush them. The New England city also launched a television educational campaign.

In Aurora, wipes clogging pipes has become an issue this year for the first time in Kirk Skogen’s 30-year career. Skogen, wastewater operations superintendent for Aurora Water, said twice this year the city has unclogged pipes that were stuffed with wipes.

The wipes collect grease and other debris and wrap around tree roots that poke through sewer lines, causing major stoppages and shutdowns.

Wipes are a lucrative business, according to the  Association of the Nonwoven Fabrics Industry, with sales near $7 billion annually. In recent years, “flushable” bathroom wipes have become trendy, accounting for $600 million a year, according to Dave Rousse, president of the association.

Rousse said most wipes are not designed to be flushed down the toilet. Those include baby wipes, body wipes, hard-surface wipes and wipes used to remove makeup. He said the bathroom wipes are designed to break down like tissue paper. However, others have questioned that.

“Flushable wipes are getting a bad rap for the sins caused by those flushing non-flushable wipes,” Rousse said.

He said the non-flushable wipes are designed to stay intact during use because “you don’t want to have the dreaded poke-through.” But people are flushing those down the toilet anyway, and that’s what is causing headaches for homeowners and cities.

In recent years, the association has worked with sewer providers and wipes companies to develop a series of standards for what is flushable and what isn’t through rigorous testing. Some non-flushable wipes now have labels warning consumers not to flush them.

“We’ve acknowledged it’s an issue,” Rousse said. “There’s no question about it.”

In Canada, wipes that are flushed down the toilet cost treatments plants there about $250 million annually in repairs, The Associated Press reported.

Steve Rogowski, director of operations and maintenance for the Metro Wastewater Reclamation District in metro Denver, said its system has large interceptors that trap wipes and other non-organic debris. However, the wipes do collect in the system and have to be removed and hauled to a landfill, costing the district about $100,000 annually to remove the debris.

He cautions that consumers should not flush the so-called flushable wipes, either, as a good practice to help preserve the environment.

“Just because you can flush something down the toilet doesn’t mean it’s a good idea,” Rogowski said.

Denver Public Works said the wipes haven’t been an issue, according to spokeswoman Heather Burke. In Lakewood, city spokeswoman Stacie Oulton said the city hasn’t had many issues with the wipes, either. But crews do see them in the sewer system, particularly near nursing homes. The potential is there for future problems, she said.

Quintana was lucky. Aurora Water provides homeowners up to $10,000 each when its sewer lines cause damage. Even so, she’s had to pay hundreds of dollars to replace drywall and baseboards and make other repairs. She also housed her tenant in a hotel while the unit was being fixed.

Rousse hopes that with better education on wipes disposal, people will avoid flushing them and taxing sewer systems. But that may not come as easy as flushing wipes down the toilet.

Thanks for the great reporting Carlos. 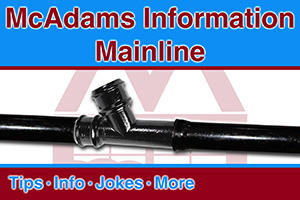